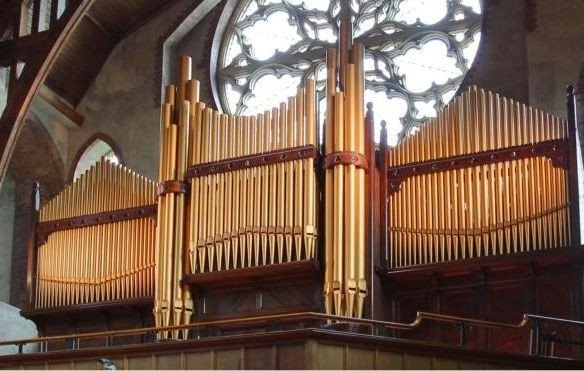 The organ was previously at St Judes Church, Southsea, and was originally built by Gerard Smith as a 2 manual instrument, and opened by S.S.Wesley in 1851.   It was rebuilt and enlarged to a 3 manual, 45 ranks instrument by Hill & Son in 1877.  The organ was removed from St Judes  in 2007, and rebuilt in St Barnabas in 2011 by Nicholson & Co of Malvern.  The stop specification still remains as Hill left it in 1877, but the action has been converted to electro-pneumatic, the pitch lowered to A=440, and modern playing aids incorporated.    The end result is one of the finest organs in West London. Although an English Romantic Organ, it copes very well indeed with all types of organ repertoire, and is ideally situated in the West End gallery, ‘speaking’ directly into the nave. It is considered by everyone who has heard or played it to be an outstanding instrument.

This momentous project, costing over £400,000, was made possible by a generous bequest from the late Hazel Baker, who was Organist and Director of Music at St Barnabas for forty years, and who passed away in 2010.  The organ is a fitting memorial to a much-loved lady. Acknowledgement is also due to John Hudson, Chair of the Organ Committee, for leading the project through many hurdles to a successful conclusion, to Paul Joslin our Organ Adviser who first alerted us to the St Jude’s organ, to Hugh Mather for raising over £100,000 in concerts for the organ, and to the many parishioners of St Barnabas who gave donations. 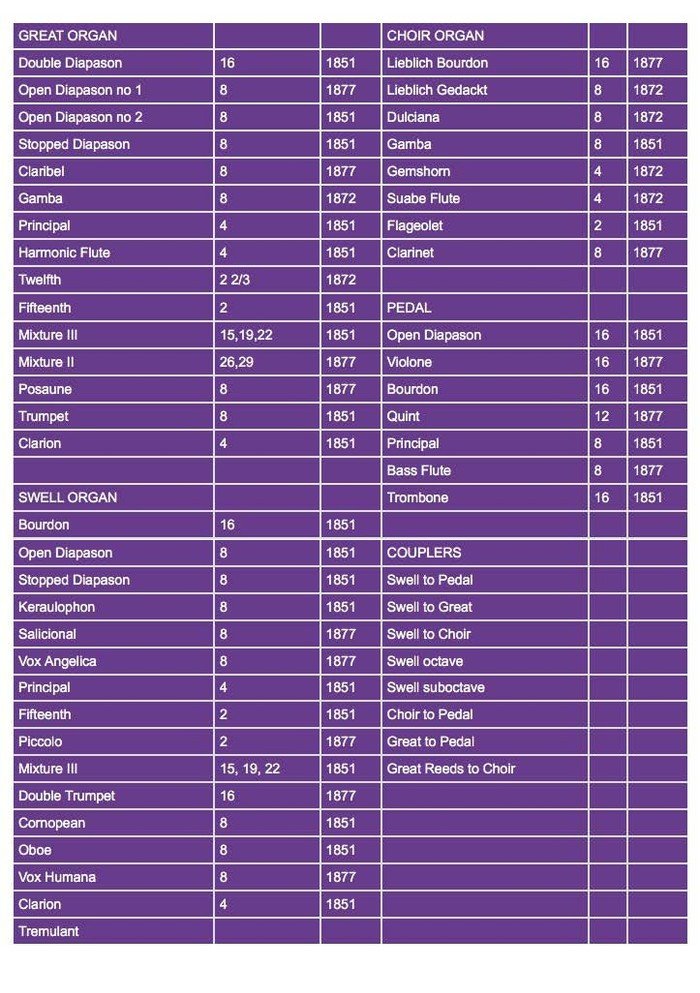